[Event Background]     Dreamland trains the motivation of students through activating the Camp War, and categorised the Camp according to the ability, to defend the approaching of other forces. In the war, players have to keep an eye on every change, except 1-on-1 battle. Players can also collect and snatching Buff to get the favourable condition for own camp, and add up more fames until victory.

[Requirements of event]     Character Lv is 40 or above can participate, and this event is for individual.

[Event Info.]
I. Event sign-up starting from 8p.m., players can prepare in Prep Area and get Exp at regular time. After that, the team will be formed depends on the Character Lvs, then, according to the number of players and Lvs to divide into different battlefield and camp.

II. Battle stage starts from 8:20 p.m. to 8:50 p.m., players get fame through defeating other players and snatching artifact, the fame will be calculate into the Camp Fame to decide the winner. Revival chance will be decreased when players being killed, when the revival chance is over, players quit automatically. If there’s no one in a camp can revive again, the other camp won the game.

[Event Rewards]     Event will turn the Fame into Exp, Silver, or Star Point rewards depending on how much the players gather. In the last 10 minutes of event, winning camp can start unlocking the chests that scatter across the battlefield, to get rare item rewards. 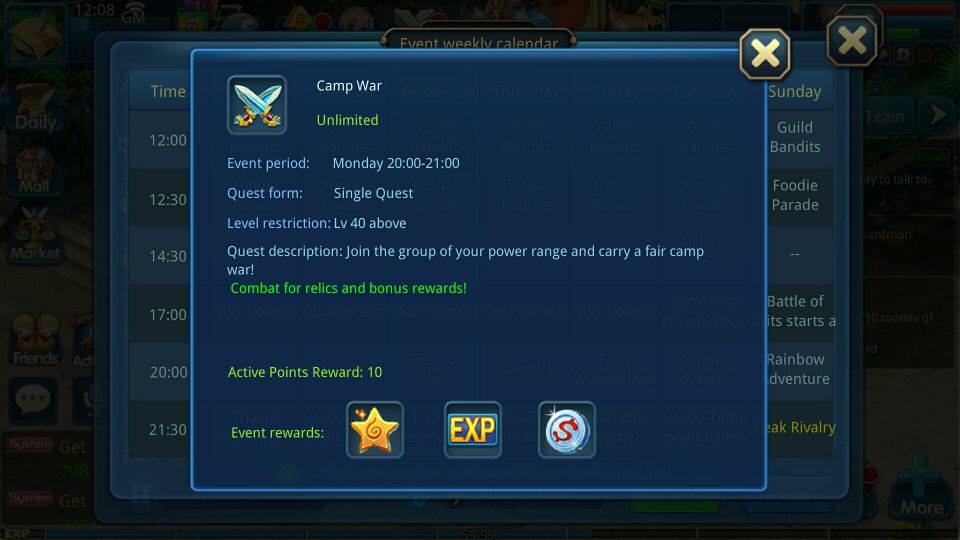