【Pre-server merge Introduction】：
In the pre-server merge period, all server’s world lv will be the same with the highest server that in the same group. The data will not interflow. After pre-server merge, will arrange the official server merge in time according to the players’ average lv.
【Merging Rules Introduction】:
1. After merging, the world lv will be calculated according to the highest server. The rank will be reset at the 12a.m. on the night of server merging
2. Players with same names, the players who register later will be renamed by the system automatically, with receiving one free rename chance.
3. Guilds with same names, the guild that created later will be renamed by the system automatically, with receiving one free guild rename chance.
4. The price in Gold and Silver Market will be reset after calculating via the combination of several servers.
5. After server merging, the character in original server will out from the origin server as well.
6. After formal server merging, system will release a batch of server merge events, please look forward!
《Chrono Tales》thank all players’ supporting and encouraging. We’ll still listen to players’ suggestion & recommendation as usual, and upgrade the game quality continuously. More fun gameplays will bring to everyone, and more surprise, please anticipates it!
Other than that, the staff member will arranging the server merge of according to the activeness of each server, players without joining the server merge, please wait patiently. 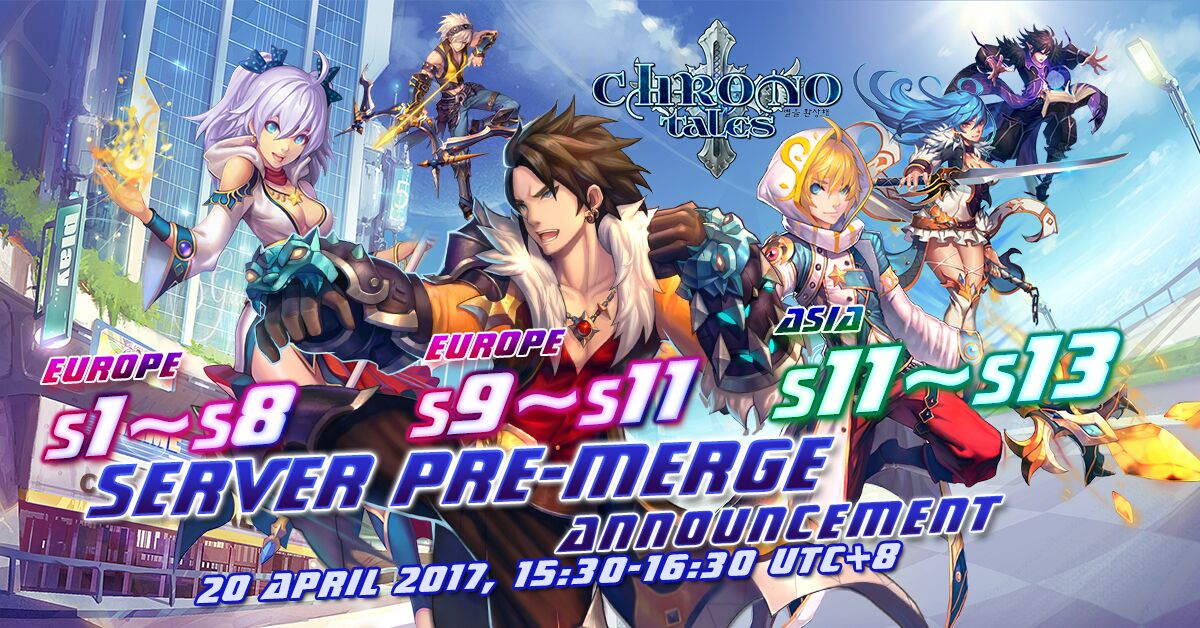